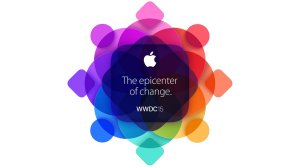 If you are an Apple fanboy like me, you’ll be very excited by some of the announcements Apple made yesterday in developer conference. But what are the key things to take away from WWDC15? Here is a quick summary…

One of the most widely anticipated announcements was the launch of Apple’s own music streaming service, Apple Music. Launching alongside iOS9 and the latest update to OS X, the new service will cost $9.99 a month (after a free three month trial) and will allow a personalised experience to the user. Apple Music also brings with it a new 24/7 radio station, Beats 1.

The latest update to the operating system for the Mac brings a lot of new and exciting features, including pinning sites to Safari, split-screen on your desktop and the introduction of Metal to the Mac, to bring a richer experience to gaming. In addition, El Capitan will also feature enhancements to search (a feature also found on iOS9), swiping gestures in Mail and an easy way to find your cursor! El Capitan launches in the autumn.

One of the biggest announcements of the night was iOS9. There was a lot of time dedicated to iOS9, so here is a brief overview:

iOS9 will launch in the autumn for all current iOS devices, but will also go to a public beta (the first for iOS) very soon.

In the middle of Apple’s iOS9 announcement came the exciting news that Apple Pay will be coming to the UK from next month, with support in a variety of locations, including TfL, McDonald’s and Marks & Spencer. So, you can now pay for your cheeky Nando’s with your iPhone 6+ or Apple Watch. Apple Pay will also bring rewards cards to your phone and will feature in the renamed app, Wallet.

In a bit of a surprise, considering the latest update was only last month, Apple unveiled the latest update to watchOS. The big announcement here was that Apple will be bringing native apps to its smartwatch. Enhancements also include new timepieces, such as Photo faces and Time-lapse faces, and third-party ‘complications’. Transit and Wallet will also adopt the updates seen in iOS9 and will also allow control of HomeKit on your wrist. Improvements have also been made to the contacts menu, allowing for personalised menus (i.e Work, Family, etc.) and a new ‘nightstand mode’ when charging overnight with an alarm clock. A public launch for watchOS will come in the autumn.

Another positive change was introducing women to the stage, bringing gender equality to Apple’s conferences. No longer are Apple’s announcements to the world only the platform for white, rich men but also for white, rich women too!

As expected, the iPod went unmentioned once again, as well as Apple TV. However, some have suggested that this was to be expected, as this conference focused more on the software rather than hardware, meaning that you may have to wait until September for the latest Apple TV. The split-screen function gives more of a hint towards the launch of a 12 inch iPad, especially as it currently is only available for the iPad Air 2. Moreover, some of the new functions on iOS9 may hint towards more surprises on the latest iPhones expected in the autumn.

If you missed the conference, you can check out the keynote here.