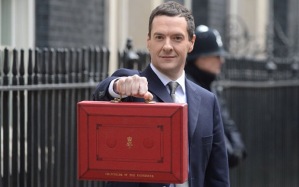 The first Conservative budget since 1996 was announced today with some major announcements being made – here’s a quick summary: