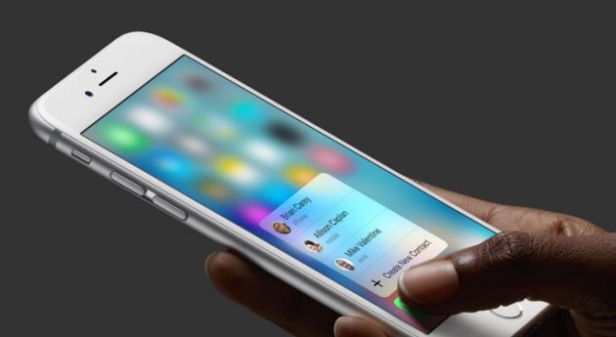 If you are an Apple fanboy like myself, you would have been blown away by yesterday’s Apple Event. It’s b een sometime since we have seen such a big release of new products in one conference! There was a lot to process in yesterday’s two hour event, so here’s the important stuff…

The launch of a new generation of iPhone was widely expected and Apple certainly did not disappoint. The wide range of new features, including the introduction of ‘3DTouch’, 4K video and ‘Live Photos’. Alongside improvements to speed and Touch ID make this iPhone truly ground breaking!

In a slightly unexpected move, Apple also took the opportunity to announce the new 12.9″ iPad Pro, in a blatant attempt to rival the Microsoft Surface. The iPad Pro will feature four sets of speakers, rather than just one, a A9X processor and two new optional accessories – the Apple Pencil and the Smart Keyboard; a clear nod to both the Microsoft Surface and Samsung’s range of tablets. Prices will start from $749, which might make people question whether they would rather invest in an iPad Pro or a MacBook, which arguably has more to offer in terms of what it can do. Apple have been vague about the release date, only confirming that it will be released in November, just in time for the holiday season. (Apple also launched a new iPad mini which flew under the radar due to this big announcement; however, apart from an improved processer, a new 8MP iSight camera and being thinner than its predecessor, not much has changed.)

Apple TV was in dire need of an update and yesterday brought just that with ‘the future of television’. The latest generation will contain a fully revamped App Store, which will bring iOS games to the living room for the first time and a new Operating System called tvOS. The introduction of new video on demand services will certainly give competitions a run for their money and the inclusion of Siri in a redesigned remote is a very smart move. Apple TV will be released in late October.

Seeing as the first Apple Watches came out only a few months ago, we weren’t expecting too much on this front, but Apple surprised many with the announcement of several new watch designs and sport bands.