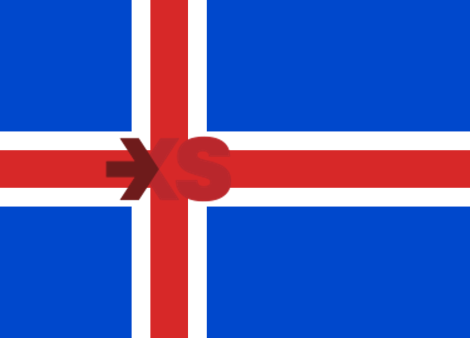 The Icelandic election now nears ever closer, and today we take a look at the party that broke the mould in 2009, the Social Democratic Alliance. This blog will look at how it became the largest party and formed a left-wing government in the midst of a financial crisis, and how they have plummeted in the polls.

In the run-up to elections in 1999, four left-wing parties in Iceland (the Social Democratic Party, People’s Alliance, Women’s List and National Awakening) formed a controversial alliance. With plans to adopt a similar platform to that of Blair’s New Labour, several members broke away to form a new party, the Left-Green Movement.

After a positive result in 1999 (with almost 27% of the vote and 17 seats), the four parties formally unified into one, becoming commonly known as ‘The Alliance’.

The following election in 2003 saw its peak support, achieving almost a third of all votes and winning 20 seats in the Althing. However, the party remained second only to the Independence Party.

In the run up to the 2009 election, a two-year-old green politics party ‘Icelandic Movement – Living Country’ joined the Alliance. However, with no seats in the Althing, its impact was limited.

In contrast, the impact of the financial crash was monumental to Iceland. With a loss of confidence in the ruling party in running the economy, the Alliance shot to first place, breaking the decades-long hold that Independence had over the role as the largest political party in Iceland. 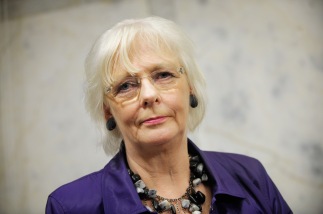 The Alliance entered into a coalition with the Left-Green Movement, with Jóhanna Sigurðardóttir becoming Iceland’s first female Prime Minister and the world’s first openly gay head of government. Jóhanna’s government made significant steps for women’s rights, banning strip clubs (a first in a Western democracy) and even discussing proposals to ban online pornography (porn is already prohibited in Iceland as of 1940, but is not strictly enforced). The government also opened up accession talks with the European Union, with the aim of becoming a member, with Brussels suggesting Iceland could be ‘fast-tracked’ into the Union and even into the Eurozone, to protect it from much of the financial damage caused by the crash.

The government also opened up accession talks with the European Union, with the aim of becoming a member, with Brussels suggesting Iceland could be ‘fast-tracked’ into the Union and even into the Eurozone, to protect it from much of the financial damage caused by the crash.

However, the Alliance-led government ran into major roadblocks, with a series of failed referenda to pass a deal to pay back Icelandic bank debt, delays in trying to reform the country’s Constitution and rejected proposals to hold a referendum on continuing accession talks with the EU.

As a result, the Alliance lost over half of its support and fell to third in 2013, with only 12.9% and nine seats in the Althing – its worst ever performance since its creation. Its performance in next week’s election is expected to be even worse, with recent polls showing the Alliance on only 6.5%, only narrowly making it back into the Althing and a far cry from the almost 33% the party achieved only 13 years ago.

Since its inception in 1999, the party has been centred on social democracy and social justice. They support equal opportunities for all Icelanders and are also one of the main parties that supports Iceland’s eventual membership of the European Union.

In the last profile of Icelandic parties and their manifestos tomorrow, we’ll look at ‘Bright Future’, who hope to gain enough seats in the Althing next week to become kingmakers for government…