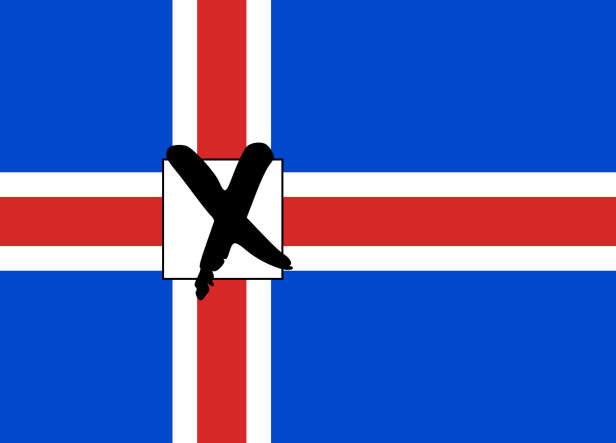 It has now been three weeks since the Icelandic election results and coalition-building talks are well underway. However, Iceland still does not have a government.

This blog will explain what’s happened since the election last month and what are the most likely scenarios for a government more than twenty days on from election day.

*Viðreisn, as the party is known in Icelandic, can be translated to mean Reform, Revival or Regeneration.

After the result was announced, the Icelandic President convened all of the party leaders represented in the new parliament together and gave Independence Party leader Bjarni Benediktsson the mandate to form the new government.

However, things were not going to be easy for him. Although his party had gained two seats in the election, their former coalition partners, the Progressives, had lost 11 in the aftermath of the Panama Papers scandal. A continuation of the previous administration would be three seats short of a majority. Even a three party coalition including new party Reform/Revival would prove difficult, as the party had only just broken away from Independence over Iceland’s relationship with the European Union and pledged both before and after the election not to work with the Progressives in any coalition.

At the beginning of this month (and days after Bright Future’s leader played a gig at an Icelandic festival), Bright Future and Reform/Revival formed a coalition talk alliance, with both parties regarding themselves as centrist. The two parties, with a combined number of seats of 11, entered talks with Independence which, if successful, would provide a government majority of just one seat.

Whilst talks were held, the Left-Green Movement ruled out any deal with Independence should they fail to form a government and began unofficial talks to create a five-party coalition, made up of the Left-Greens, the Pirate Party, Reform/Revival, Bright Future and the Social Democratic Alliance. Such a deal would encompass the entire opposition to the former Independence-Progressive government, cover almost all centre/left wing parties, and provide a majority of two.

Although Independence’s talks with Bright Future and Reform/Revival went on for many days, a deal could not be reached. Deep divisions over agriculture, fisheries and crucially EU membership could not be reconciled, and Independence ended talks and renounced its mandate.

Shortly after, another meeting of the parties was convened and a mandate to form a government was given to the leader of the Left-Green Movement, Katrín Jakobsdóttir. In a press conference on Wednesday, she again stated that her plan was to attempt to form a five-way ‘grand coalition’ of centre and left wing parties, which would be a first in Icelandic history. Should she be successful, Jakobsdóttir would be Iceland’s second female Prime Minister, after Jóhanna Sigurðardóttir held the title from 2009-2013.

Talks have only just started and we will only get an idea of how successful these talks will be later next week.

WHAT ARE THE OPTIONS?

There are very few options on the table at this point. Independence’s only realistic shot at forming a government depended on the co-operation of Reform/Revival. However, as this has fallen through, it is now unlikely that Independence will feature in the next government (despite winning the most seats).

For the Left-Green Movement, there is only one realistic choice. Having ruled out working with Independence, and the anger that would be provoked by incorporating the Progressives in any coalition deal, the only option available is the proposed five-party coalition. However, this will not be easy to negotiate. The Left-Greens’ eurosceptic views contrast with most of their potential coalition partners either supporting EU membership or at least demanding a referendum on it. If the Left-Greens refuse to concede on this issue, then such a deal may collapse.

The only other option then would be yet another election, which no one wants and which could end up with the same outcome once again.