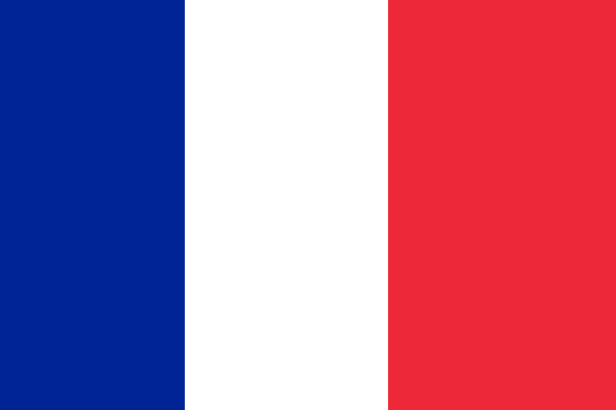 It is less than a month until the first round of the French presidential election on April 23rd. The run-up to the vote is being closely watched by Europeans, due to the rise of populism on the continent, which could see a far-right candidate come to power. For the first time in modern history in France, the incumbent president, Francois Hollande, is not running for a second term; recent polls put his approval rating at a historic low of 4%. Here’s what you need to know about the election next month…

HOW DO THE ELECTIONS WORK?

The President of France is elected every five years in a two-round election. On April 23rd, voters will choose from 11 different candidates, putting a cross against the candidate they like the most.

If no candidate in this election gains 50% of the vote, a second election, or ‘second round’, will be held two weeks later on May 7th. However, instead of voters voting on all 11 candidates, the electorate must choose from the two people who placed first and second in the first round.

For example, the first round results of the last presidential election in 2012 looked like this:

As no candidate reached 50%, François Hollande and Nicolas Sarkozy, who placed first and second, went on to the second round. Hollande went on to win with 51.6% of the vote.

WHY IS HOLLANDE NOT RUNNING FOR A SECOND TERM?

Hollande’s decision, as unprecedented as it was, was a relief for the Socialist Party when it was announced in December last year. Hollande is incredibly unpopular among both the electorate and his own party; there had even been suggestions that, if he had run, he could have been eliminated during his party’s primaries in January. To save face and avoid a humiliation at the hands at the ballot box, Hollande chose not to contest the election this year.

WHO ARE THE CANDIDATES?

There are 11 candidates running to become France’s next President:

Dupont-Aignan’s party, formerly known as Republic Arise, is socially conservative and eurosceptic. They want to halt enlargement of the European Union and withdraw sanctions against Russia.

One of the front-runners and most controversial candidates in the presidential race, Le Pen’s far-right party wants to see France hold a referendum on membership of the European Union, scrap same-sex marriage and make it impossible for undocumented migrants to legalise their stay in the country.

The youngest candidate in the race, Macron founded En Marche! last year as a socially and economically liberal, progressive and pro-Europe political party. If elected, Macron says he will fight relentlessly against attacks on women, restore confidence and strengthen the European Union and ensure the neutrality of the State to guarantee religious freedom to all.

Hamon is representing the party of current François Hollande and was the outsider in the primaries for the Socialist Party candidacy. The party wants to see a return to growth through investment, rather than austerity, fight against all forms of discrimination and lead an ecological transition to clean and sustainable energy.

Arthaud is the representative for the trotskyist Workers’ Struggle party. The party supports womens’ rights, rejects plans for a Parisian bid for the 2024 Olympic Games and is against further Western intervention in the Middle East.

Poutou and his neo-communist party aim to ‘build a new socialist, democratic perspective for the 21st century’. This includes pledges to support independence movements in the remaining French ‘colonies’, quitting NATO and ending French military interventions abroad and eliminating VAT.

This is the third time Cheminade has run for president, with previous attempts in 1995 and 2012. Solidarity and Progress aims to leave NATO, join the BRICS group of nations and call on the United States to prosecute Saudi Arabian citizens and officials mentioned in the declassified 28 pages of the 9/11 Report.

Formerly a member of the Democratic Movement, Lassalle became well-known for a 39 day hunger strike in 2006, in protest at planned job losses in his constituency. The strike was successful, with Japanese firm Toyal assuring him that a factory in the area will not close. Over the course of the strike, he lost 21kg (46lb). He claims to be the ‘defender of rural territories’.

Mélenchon is running for president for the second time, this time under the banner of a new political movement, Unsubmissive France. However, he has also been endorsed by the French Communist Party. The movement wants France to leave both the European Union and NATO, as well as reducing the retirement age to 60.

Asselineau is the President of the Popular Republican Union, an anti-American and eurosceptic party. The party supports the withdrawal of France from both the European Union and the euro, as well as exiting NATO and nationalising the postal service, gas, highways, troubled banks and French TV channel TF1.

Fillion, previously the bookies’ favourite to win this election, is the first candidate to run under the Republican banner; the party used to be known as the Union for a Popular Movement until 2015. The party aims to address unemployment by encourage jobseekers to find jobs outside their living area and reduce immigration to the bear minimum.

WHAT ARE THE ISSUES?

Two of the main issues that have dominated the presidential election are unemployment and immigration. Unemployment in France is among the highest in Europe at 10%, with one in four under-25s unemployed. Moreover, following several attacks on the French capital, security and immigration have played an important part, with the far-right claiming that the attacks are the result of a ‘crazy, undiscerning immigration policy’.

WHAT DO THE POLLS SAY?

The race is neck-and-neck between far-right Marine Le Pen and centrist Emmanuel Macron, with both on roughly 25% each. Should these two be the candidates to go through to the second round, Macron is expected to win; in polling, Le Pen has rarely garnered more than 40% when paired against the En Marche! candidate.