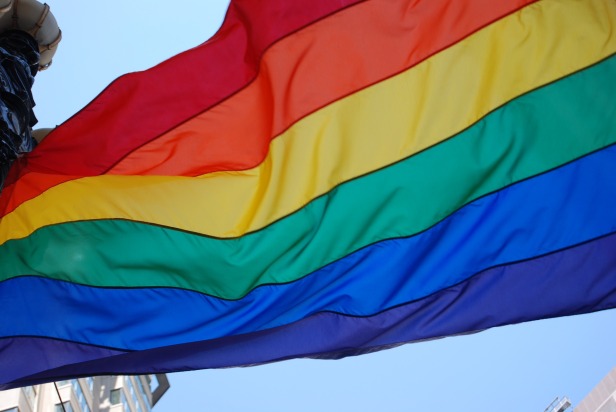 Today marks half a century since the decriminalisation of homosexuality. Well, at least for most of the UK. The Sexual Offences Act of 1967 didn’t apply to Scotland, Northern Ireland and the Crown Dependencies (ie Channel Islands and the Isle of Man). It would, in fact, take up until 1994 for the final part of the UK (excluding overseas territories) to fully decriminalise homosexual acts between two consenting adults.

The last fifty years have been no walk in the park for LGBTQ+ people. Bills were repeatedly defeated in the Commons to equalise or at least reduce the age of consent for sexual relationships between people of the same sex. Section 28 forced LGBTQ+ groups to limit their activities. Thousands have fallen victim to homophobic abuse, and even a nail bomb attack at a gay pub in London.

It is fair to say then, looking back, that Britain has come a long way since 1967, where the debate around decriminalisation was centred on whether children would be safe. People in the LGBTQ+ are now, to a great extent, free to express themselves openly and are allowed to marry their partner.

However, to say that LGBTQ+ people now enjoy full equality would be naive and would ignore several barriers that still remain to the community in the UK:

Equal marriage may be the law of the land in England, Scotland and Wales, but in Northern Ireland, same-sex marriage remains illegal – having been blocked by the right-wing Democratic Unionist Party (DUP). Attempts to legalise it have continually failed due to the political structure of the Northern Irish Assembly, which had allowed the DUP to veto the passage of equal marriage through the use of a ‘petition of concern’. This is despite 70% of Northern Irish citizens supporting the legalisation of same-sex marriage in a poll last year.

Northern Ireland isn’t the only part of the UK where same-sex marriage remains illegal, however. The Channel Islands (excluding Guernsey), as well as several of Britain’s overseas territories, have also not granted same-sex couples the right to marry, with some even introducing constitutional bans on the practice in the last decade.

Whilst significant progress has been made through legislation, it appears that certain attitudes towards homosexuality remain stubbornly opposed to LGBTQ+ equality. In a YouGov poll, four in ten people said they believed homosexuality is not natural. Almost half believed that homosexuality shouldn’t be taught in primary school. And more than a third disapprove of gay men becoming parents. This is a very worrying revelation and shows that a lot more work needs to be done to challenge these views.

In addition, hate crime against LGBTQ+ people remains a persistent issue, with 20 homophobic hate crimes a day being reported in England and Wales. Such incidents spiked after the Brexit vote last year, with homophobic attacks increasing by almost 150% in the following three months.

And let’s not forget the role of the right-wing press in stirring up some of this hatred. The Daily Mail and The Sun have both repeatedly attacked the LGBTQ+ community, from Jan Moir’s Mail article criticising the lifestyle of the late Stephen Gately as “sleazy” and “another blow to the happy-ever-after myth of civil partnerships”, to the Mail’s front page attacking the NHS’ decision to fund PrEP as representing a “skewed sense of values”, to a story in The Sun this year outing an NHS nurse as a former gay porn star. This blatant homophobia and hatred for the LGBTQ+ community must be tackled head on if attitudes in this country are to change.

Many choose to flee to the United Kingdom from countries where homosexuality is illegal, as we are seen by them to be a tolerant and open country where they can freely express themselves without persecution from the state. However, the experiences of these refugees as they try and seek asylum in Britain is deeply troubling.

The Home Office often traumatises these people by refusing to believe that they are gay, scrutinises their experiences and asks for ‘proof’. In the most extreme cases, some have been humiliated into being forced to hand over photographic or even video evidence to satisfy the Home Office enough to have ‘proved’ their sexuality to them. Amnesty International

Amnesty International has condemned this and have said that the Home Office exercises a too rigorous standard of proof. The treatment of LGBTQ+ refugees, especially in the wake of atrocities like Chechnya, must improve dramatically or we face sending many back to their home countries and to their deaths.

Finally, and arguably most importantly, we have the long-overlooked issue of transgender rights. Significant difficulties remain for those who which to transition and those changing records and personal details to show the correct gender for them, with many being unable to live their lives freely for fear of losing their jobs. The health service, in particular, has been staunchly criticised for its approach towards trans people who seek help, with a lack of knowledge and understanding harming the assistance they receive. Moreover, transgender people are more likely to suffer abuse and discrimination and are also more likely to commit suicide than others in the LGBTQ+ community.

Whilst the Government has announced its intention to make the process easier, it is facing backlash from extremists and Tory backbenchers.

It is evident that more needs to be done to not only make processes for trans people simpler but also in changing people’s attitudes towards transgender people, especially in institutions that the 650,000 trans people in the UK rely on.

This is not to mention the other hurdles that still exist, such as the need for greater LGBTQ+ presence on television, the continued year (soon to be three months) ban on men who have sex with men donating blood, and greater recognition and representation of other minority sexual orientations, such as bisexuality, pansexuality and asexuality. This is even more important, as bisexuals outnumber lesbian and gay people among 16-24 year olds.

Without a doubt, Britain has come a long way on the road to LGBTQ+ equality, but the issues that remain show that the UK still has further to go over the next fifty years.