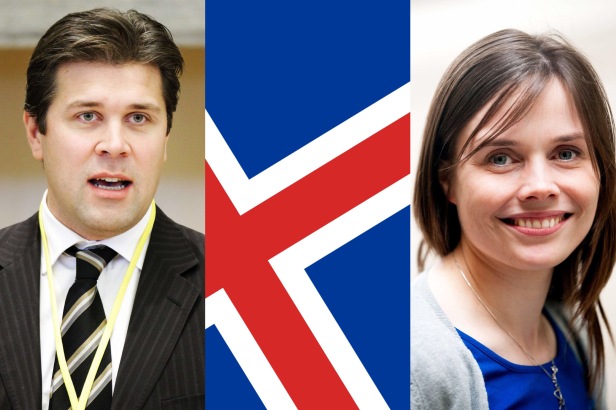 Left-Green Movement Katrín Jakobsdóttir has spoken to the leader of the Independence Party, Bjarni Benediktsson, to discuss a possible coalition government.

Jakobsdóttir is thought to want a coalition with Independence, the Progressives, and the Social Democratic Alliance; such a government would hold 42 seats in the Althing – a majority of ten. However, it is believed that Benediktsson is not prepared to accept Jakobsdóttir taking over as Prime Minister.

The two parliamentary parties that support Iceland joining the European Union have both said that a referendum on restarting talks will not be a condition for any coalition talks.

Centre-left Social Democratic Alliance and the centrist Reform Party both ruled out insisting on a national vote on EU membership, saying that now is not the time for such a debate.

The majority of Icelanders do not support joining the European Union, with a recent poll suggesting that 60% of the population would reject such a move.

The other party that supports Iceland’s accession to the EU, Bright Future, dramatically lost all their seats in parliament.