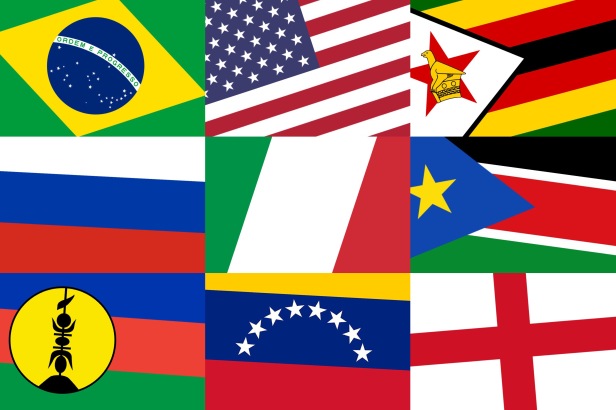 2017 has been a year dominated by politics, with important elections and referenda across Europe, Oceania, Asia and America. Next year looks set to bring more of the same, with many major world players and countries on the verge of disaster all facing elections in the year ahead.

In possibly one of the most significant elections of 2018, Italians will head to the polls on March 4 after parliament was dissolved earlier this week. As Europe’s fourth largest economy and a major player in the European Union and Eurozone, the result could have a significant impact on European affairs, in particular the continuing Brexit negotiations.

Currently, polls suggest an extremely close race between the ruling centre-left Democratic Party, the right wing ‘Forza Italia’, led by four time Prime Minister Silvio Burlusconi, and the anti-establishment and populist Five Star Movement. The uncertainty surrounding this election makes it an important one to watch in 2018.

This election will see current President Vladimir Putin running for a fourth term in office, which could see him stay in power until 2024. Putin, who has led Russia for almost two decades, has been criticised as acting as an authoritarian by oppressing opposition and for his state control of media outlets, which often speak favourably about the regime. As the last election drew condemnation for voting irregularities and resulted in protests against Putin’s rule, Russia’s election in March could have a similar aftermath.

Following Theresa May’s failure to achieve a majority at the general election in June, the local elections in England will be the first major political test since for a Prime Minister that has struggled to maintain a strong and stable government. Meanwhile, Labour leader Jeremy Corbyn will be hoping to capitalise on polls that have had the party ahead of the Conservatives and win control of Tory councils, more London boroughs, and hold on to mayoralties in Hackney, Lewisham, Newham and Tower Hamlets.

These elections will also be the first electoral test for Liberal Democrat leader Vince Cable and UKIP leader Henry Bolton. Will this election spell the death knoll for UKIP as a political force in British politics? Will 2018 really turn out to be, as Vince Cable claims, the year the Liberal Democrats make a major comeback and spark an ‘exit to Brexit’?

The world’s newest country is due to hold its first general election by July, after it was delayed by three years due to a change in the nation’s transitional constitution. As South Sudan has been plagued by conflict along ethnic lines, how this election turns out and whether a peaceful transfer of power can be made will be vital to the country’s future. Should the election fail to go ahead, or is disrupted by violence, the country could descend into civil war.

All eyes will be on Zimbabwe later in 2018 as the country holds its first election since Mugabe resigned from office. Zimbabweans hope that this will mark a new chapter in the country’s history and a move away from the corruption and voting irregularities of the past. However, there are concerns that current President Emmerson Mnangagwa will continue to use Mugabe-like tactics to maintain a grip on power. Could this be the year Zimbabwe transitions to a fully-functioning democracy?

The biggest economy in South America, Brazil will also go to the polls in the aftermath of a corruption scandal that toppled former President Dilma Rousseff. Current President Michel Temer is extremely unpopular and has faced difficulty in trying to reform the economy and this election could determine whether those efforts will succeed or fall by the wayside.

Polls have two front-runners: former President Luiz Inacio Lula da Silva and far-right populist Jair Bolsonaro. Bolsonaro has been likened to US President Donald Trump for his extremist views, including opposition to same-sex marriage, allegations of sexism and believing gun ownership should be subsidised. Meanwhile, Lula, of the Brazilian Workers’ Party, was sentenced to prison in July for accepting bribes – it is unclear whether they will be able to run for election. However, also of note is the centre-left Sustainability Network candidate Marina Silva – should Silva win, they would be Brazil’s first black president.

Following political upheaval in 2017, Venezuela holds its ‘elections’ in October. With President Maduro tightening his grip on power, it is highly unlikely that these elections will be free and fair, but the public’s reaction to the result will be worth paying attention to. Could strong resentment to Maduro and his leadership lead to a period of civil unrest?

In a crucial test for President Donald Trump, the United States will vote in mid-terms for members of the House of Representatives, with a third of states also voting for their Senators. With Trump’s approval ratings at an all-time low, it is widely anticipated that the Democrats will do well and could potentially retake control of the Senate and the House. However, will the Democrats do well enough to hang on to Senators in states Trump won in 2016, as well as make gains into Republican heartlands? Or will Trump once again surprise and hold on to control of both houses? Polling currently suggests the former, but a lot can change in a year…

Last but not least, New Caledonia could become the world’s newest country as it holds a second vote on independence from France. In 1987, the territory voted overwhelmingly to stay French in a referendum, but has the situation dramatically changed three decades on? We will have to wait until November to find out.