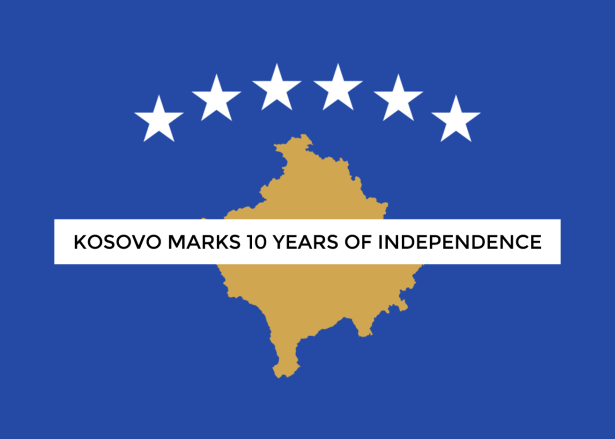 Kosovo is celebrating a decade of independence from Serbia in weekend-long festivities across the country. Events in Europe’s newest country include a evening concert by pop singer Rita Ora, who was born in the Kosovan capital, Pristina. 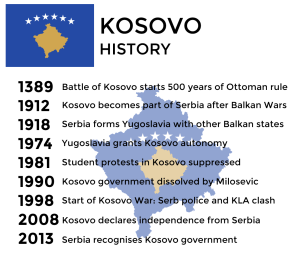 Independence for the country came nine years after NATO intervened with airstrikes after Serb forces initiated a crackdown on ethic Albanians in the region.

Its independence is still disputed with Serbia, who still see the country as part of its territory. Although Kosovo has joined more than 200 international organisations, it still has not gained UN membership, as Russia and China – both UN Security Council members – also do not recognise Kosovo as a nation.

Only 112 nations recognise Kosovo as an independent state, which has hindered the fledgling country’s entry into many international organisations.

The country still faces other significant challenges a decade on. Kosovo’s leadership is still plagued by the past, with both the President and the Prime Minister having served as leaders of the Kosovo Liberation Army (KLA). This is particularly troublesome as Prime Minister Ramush Haradinaj has twice been charged with crimes against humanity by the International Criminal Court, although he was later acquitted.

In addition, levels of corruption in Kosovo are high, impeding the ability of companies to do business and infecting the country’s democracy. The European Commission have raised concerns over electoral fraud and political parties and the judiciary are seen by the public to act in corrupt ways. Its failure to act on corruption acts as a major barrier towards European Union membership. 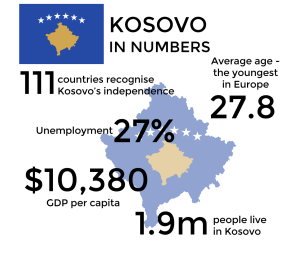 Unemployment also remains high, with youth unemployment at some 60%. For a country with half of its population under the age of 25, this poses a serious threat and could spark a ‘brain drain’, with the well-educated, skilled and intellectual leaving the country for opportunities elsewhere (although travel abroad is complicated by Kosovo’s limited recognition).

And then there’s the possibility that Kosovo’s independence might be short-lived. In elections last year, a party advocating unification with Albania (92% of Kosovo’s population are ethnic Albanians) became the opposition in parliament. Could elections in 2021 be the last for an independent Kosovo?