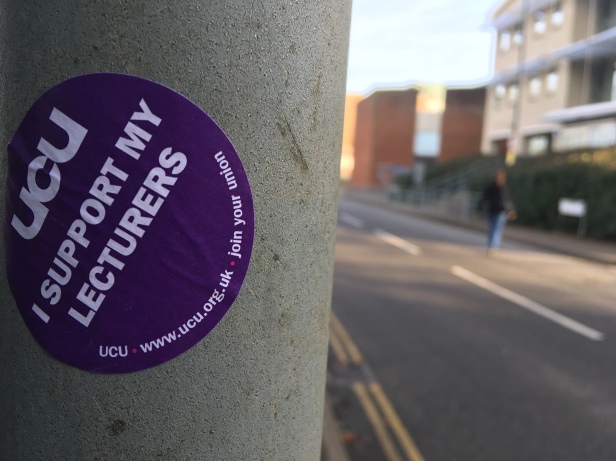 Falmer House will remain open tomorrow despite the planned national demonstration taking place and the University’s decision to cancel teaching, the Students’ Union has confirmed.

Over 550 people are expected to come to campus as part of a national demonstration at Sussex University to show solidarity with striking lecturers in the UCU industrial action and put pressure on Adam Tickell to do more as negotiator for Universities UK.

In a statement on Facebook, the Students’ Union said that Falmer House’s meeting rooms, the common room and toilets in the building will open as normal and be unaffected by the protest tomorrow.

However, the Union also announced changes to opening times for their outlets and the closure of offices in the building prior to the demo.

Falmer Bar, the Deli, Room 76 and the Union Shop will all be closed tomorrow, aiming to re-open at 5pm, whilst East Slope Bar will be closed until 2pm.

Students’ Union offices will be closed by 1pm, with students advised to speak to staff before 12:30pm. However, the Union added that most staff would be contactable via email after this time.

The Union’s announcement comes after the University announced the suspension of all teaching tomorrow due to the national demonstration, as well as the closure of student services and many University-owned outlets.

Eat Central and the Library will be open for students tomorrow as normal, as well as the Co-op in Bramber House, but will not be selling alcohol until after 2pm.

One thought on “Falmer House to open despite national demo”