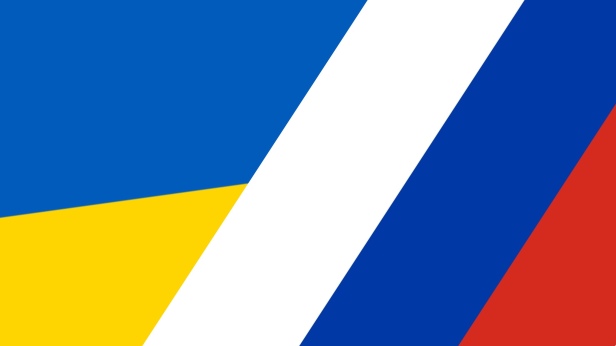 In the information war between traditional media and those with dubious allegiances, some of the falsehoods spouted by the Russian propaganda machine (most notably RT) have made their way into the wider public and convinced them of some conspiracy by the West. This smoke screen tries to blur lines and question the Western narrative of Russia’s actions, despite the country flagrantly and indisputably violating international law and democratic norms.

One particular falsehood is that Russia’s illegal invasion of Ukraine and annexation of Crimea was, somehow, justified. A recent article claimed that Crimea’s predominantly Russian population voted fairly in a referendum, facilitated by Russian troops, and that Crimean citizens are now very happy as a part of Russia. Russia were liberators of the Crimean people, they claimed, from a Ukrainian government ignoring their demands. Nothing could be further from the truth.

Ever since 2008, the same year that Russia illegally invaded Georgia, it had become increasingly clear that Russia had irredentist ambitions over Crimea, with the country reported to have been giving out Russian passports to citizens in the region to stir up separatist feeling and create a ‘pretext for war’.

Some three years before the crisis, analysts had warned that “Russia wants to annex Crimea and is merely waiting for the right opportunity, most likely under the pretence of defending Russian brethren abroad”. That sounds familiar…

Even if that wasn’t enough to suggest that Russia had been eyeing up Crimea for some time, Russian President Vladimir Putin later admitted to starting the process of annexation weeks before the referendum, before the chance that the public would supposedly have their say. He told colleagues at the start of February 2014: “We have to start the work of Crimea’s return to Russia”. So the fact that Russia would then send troops to facilitate a democratic process, which they would just so happen gain from, is suspicious at least.

But that’s not all. On their arrival in Crimea, Russian forces occupied and took over airports, government offices, and the main route into the region, raising Russian flags. This was not only illegal under international law but also violated the agreement made on Ukraine’s independence, where Russia pledged to respect the existing borders of the nation.

Okay, so Russia did forcibly seize infrastructure and government buildings, but that was to support the will of the people and to facilitate a democratic process, right? Wrong. When the newly formed Crimean parliament voted on holding a referendum on greater autonomy, Russian troops went as far as cutting off communications, preventing journalists from accessing the building, and even, as claimed by a former minister of the pro-Russia Donetsk People’s Republic, threatening MPs at gunpoint to vote in favour. How very democratic.

And the referendum itself was not exactly impartial. After several changes to the date and the wording, the final question asked citizens whether they wished to join Russia or to remain part of Ukraine, but with no autonomy (under the 1992 Constitution). With no option to keep the status quo, with the autonomy Crimea held under the revised 1998 Constitution, it is obvious that any pretence at a democratic process was abandoned.

So what if Russia did force MPs to hold a referendum that would benefit Putin’s interests? It’s what the public wanted! Well, again, not exactly… The last elections to Crimea’s Supreme Council prior to Russia’s annexation only saw four percent of citizens vote for a party calling for Crimea’s incorporation into Russia, and professional opinion polls in the run-up to the referendum showed only 41% of Crimean people supporting annexation.

But turnout was so high! In fact, in some parts of Crimea, turnout was as high as 123 percent! As the last Russian presidential election proved, Putin’s administration hasn’t shied away from manipulating ‘democratic’ procedures. In fact, during the referendum, a reporter from Kiev showed his Russian passport to voting officials and was handed a ballot to vote, despite not living in Crimea.

Even a former Russian government advisor cast doubt on the credibility of the result, claiming the result was “grossly rigged”, with support closer to 34 percent, rather than the 97 percent claimed.

Combine that with numerous reports of intimidation of voters by Russian forces operating without an insignia, as well as OSCE military observers being forcibly blocked from accessing the peninsula, and it is obvious that there was nothing fair and democratic taking place.

Russia illegally invaded another country and forced local MPs to hold a referendum to favour Russian interests, which succeeded through intimidation and fear in giving them the ‘democratic’ mandate to annex the region. But even so, the polls show that Crimean people are happy with the arrangement! Except that should be taken with a pinch of salt…

Yes, polls show that an majority are happy, but with an ‘anti-extremist’ amendment to the Criminal Code punishing those who call for Crimean succession to up to five years in prison, coming into force months after Crimea’s annexation, it shouldn’t be a surprise that ‘support’ for the occupiers, whilst freedom of speech and other human rights are curtailed, is so high.

Putin manipulated a neighbouring country’s instability to illegally invade and annex territory and then attempted to sell it to the international community as Russia swooping in to respect the democratic will of the people. What Putin did with Crimea was a crime, but it is only one in a long list committed by Putin.

Turning a blind eye to the systematic slaughter of LGBT people in Chechnya, the assassination of opposition leaders and journalists who refuse to follow the Kremlin’s line, and subverting not only the democratic processes within his own country, but others as well, are also among the corrupt and atrocious acts he has committed over almost two decades as Russian leader.

It is true that media has manipulated news, but it is organisations that claim to present the ‘truth’, luring those sceptical of traditional news sources with their real facts and evidence, that are doing so and are leading people astray.